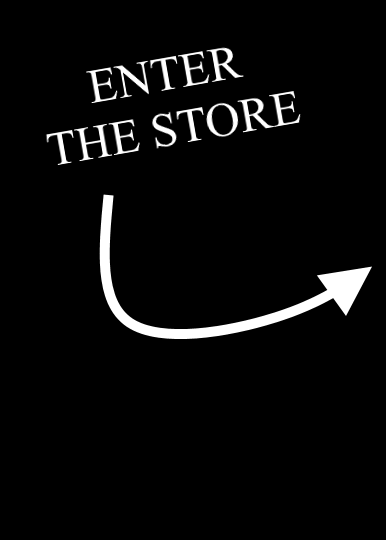 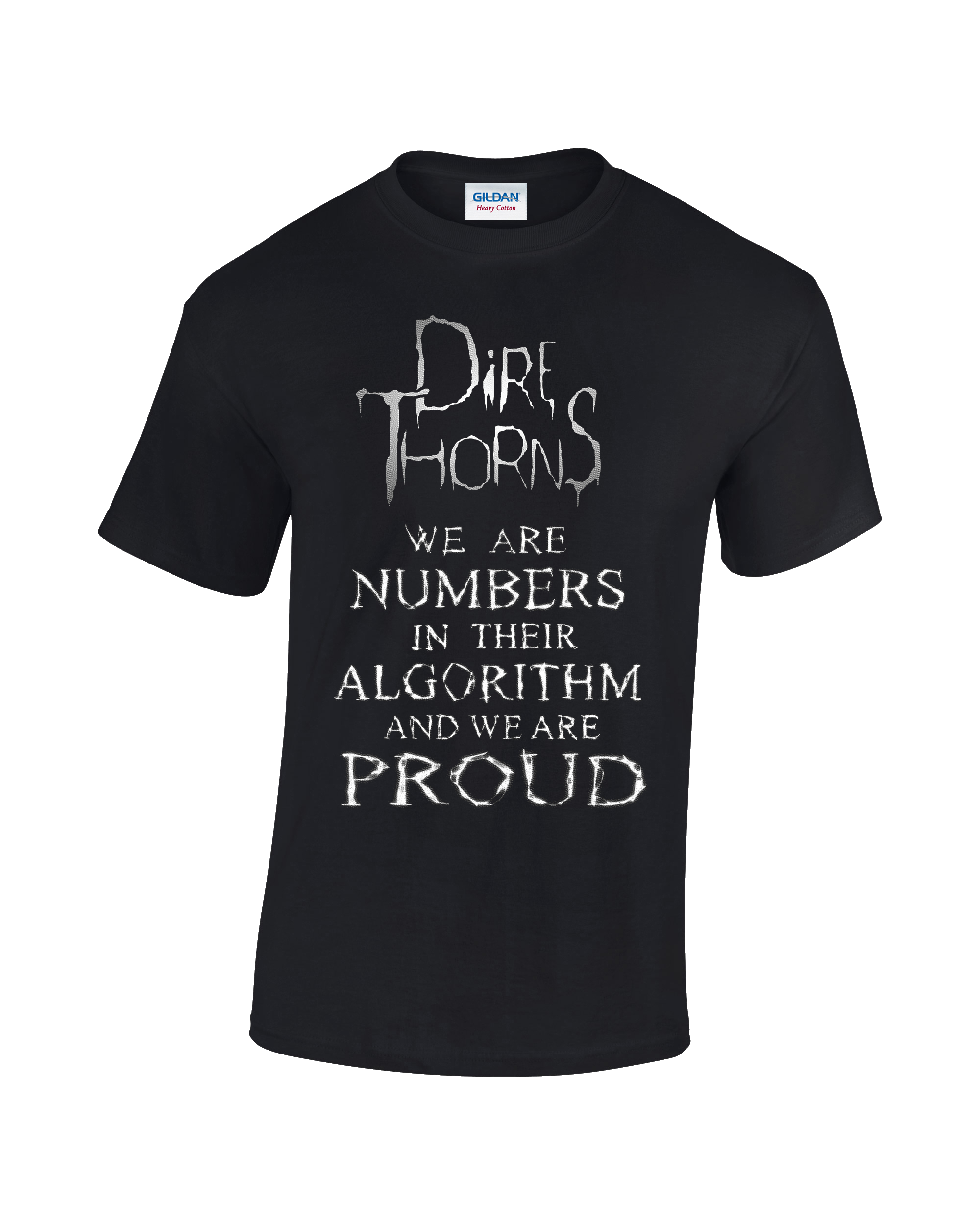 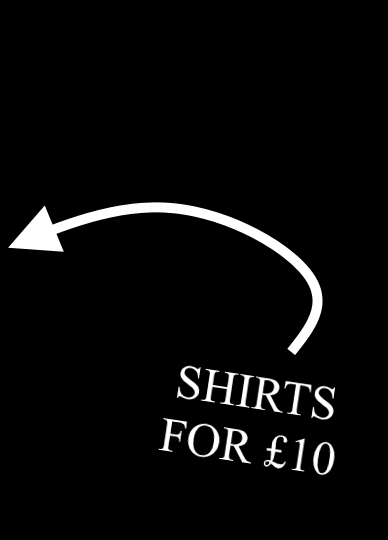 Sometime in 2015, Two kids attending the same school found out that they shared a very similar taste in music and the want to create a band. These two people would go on to be known as 001 and 037. For a very long time, they would go on to have occasional jamming sessions every once in a while where they would draft band ideas and play along poorly to slipknot songs, 001 on guitar and 037 on main vocals and some weird goat skin djembes that were lying around. In one of the first of these sessions, 037 came up with the band name 'Prepare for Hell'. This stuck for a while until about 2 years later when 001 came up with a title that they preferred. In this era of the band, they wrote the songs 'F*cking Sh*t', 'End of the line', 'Brutal Hatecore', 'No Right', 'Suicide Temptation', 'Psychosis' and a fun little nu-metal riff called 'Morbidity'. In the summer of 2016, 001 performed a cover of Psychosocial on guitar and vocals at the town's local festival, along with some people from the music club that he attended at the time. 037 was watching him from the crowd and pointed out afterwards how he had gotten the hang of growled vocals. Soon after, 001 inherited the role of main vocalist along with guitar, moving 037 onto backing vocals/percussion.

Sometime between Phase I and II, 001 renamed the band 'The Nameless'. In this era, they suddenly started getting a good number of new members joining. It was a short length of time after this that 001 starting jamming with a drummer from his class who would go on to be known as 'Jerry'. He was the band's main drummer until 001 discovered that a kid who he had known since mid primary school was also a metal drummer. This kid would soon be titled 'Corpse', sharing the role of main drummer with Jerry to form a confusing 3 drummer system. Sometime around november, a sampler with a good metal voice nicknamed 'Shadow' joined. There were a multitude of other people who were claimed to be bandmates who joined somewhere at this point in time, but none of them ever attended a practice session and therefore technically didn't exist. 037 was distant and uninterested in the project during this era and consequently very rarely came to practice. Somewhere at this point in time, Corpse suggested the new band name 'Dire Thorns' among other titles. This ended up as the band name after just a week of being called 'Thou who Sins'. Everything was going well, it wasn't a perfect lineup but it started to look like things were going to happen. Unfortunately, there was a creative disagreement where Jerry and Corpse were bitterly against the rest of the band with their ambitions to implicate a lot of violence and gore into musical concepts and music videos, specifically a video that 001 was planning on filming for a song of theirs. This eventually ended up with Jerry and Corpse leaving the group in March of 2018, failing an attempt at convincing Shadow and 037 to do the same in the process. The two drummers formed a different band with one of their classmates after that. They broke up after their first day. Shadow was the next to go due to how the atmosphere of band practices had mellowed in the absence of a main drummer. For the majority of 2018, The band was stagnant and near enough non-existent. There was a phase in mid 2018 where 001 had kicked 037 out of the band for a lack of commitment and Shadow had briefly rejoined to share vocal roles with 001. There was also a short separate era where 001 had banded with a bassist who went without a nickname. However, these didn't last for long and the band had ceased to exist for the remainder of the year.

It was the beginning of the new year and 001 had been thinking a lot about his old band and how to kickstart it again. He contacted 037 and arranged to jam with him and get their old band back together. This resulted in a good three months of semiweekly+ practices where, along with his previous custom percussion role, 037 started properly learning how to play the drums. For a brief period in the middle of these months, 037s younger brother joined on keyboards. However, this did not last for long as to the fact that Dire Thorns songs were not written to require a pianist. Sometime in late March, 037 came up with the idea of filming band practice videos due to the bandmates' large personalities and 001s experience with video filming and editing from his youtube channel (which he quit, conveniently, the very day before the first Dire Thorns YouTube channel upload). These videos are still made to this day. In June, two previous bandmates (formerly known as 'Corpse' and 'Shadow') rejoined, retitling themselves by the nicknames 'Departed' and 'KDD'. Departed took on a shared role as interchangeable drummer/percussionist alongside 037, meanwhile KDD became the band's highly anticipated bassist. Now that Dire Thorns was a complete group, they dedicated themselves to getting completely gig ready over the summer holiday. Unfortunately, KDD ended up leaving the band in August because he felt as if he wasn't cut out for the job. Shortly after this, 001 came up with the idea to rename all of the bandmates from 'Butchered', 'Harry' and 'Departed' to whatever number came up on a random generator between 1 and 50 ('001', '037' and '042'). As of October, Dire Thorns had nailed down a setlist of 7 songs and were ready to start looking for gigs. This process took a little longer than expected, but in January of 2020, the bands Chimp in a Box and Mormegil decided to take them on as support for their next show. The first gig went extremely well and Dire Thorns had landed another one only a month later. Sadly, this was just before the COVID-19 pandemic forced the country to go into lockdown and, therefore, halted the chance of any gigs for a while. Throughout the pandemic, the band had the time to upload more frequently than ever before onto their youtube channel, as well as writing and recording their material for a very significant project.

On the 28th of September 2020, long time member 042 left Dire Thorns. Proceeding this, there appeared to be a lot more positive than negative effects. 042 was an incredibly skilled drummer who was easy to teach and played most of the drum songs before which made losing him unfortunate. However, his lack of drive to get on with band related activities had been holding back the group for a good few months and, with him gone, Dire Thorns was back in full gear. Practices became a lot more productive and frequent after this change and it didn't take long for 037 to find the band's new bassist, 020. The new member was a fantastic addition as to how he was particularly skilled in his instrument and he had great chemistry with all of the existing members. After a few practices, the power trio headed out to the rotten shed of an abandoned golf course nearby to film their first music video for their violent debut of 'Cut'. This music video aforementioned was released on the 10th of November and would reach 1,000 YouTube views on the 26th of January 2021. Proceeding the music video release, the Dire Thorns YouTube channel experienced a drastic increase in video views and channel traffic. Although they had planned to release their next single about a month afterwards, a second lockdown in their part of the UK meant that all band meetups would be impossible and, as a result, the releases would be postponed. In later February 2021 however, Dire Thorns began avidly teasing their next song 'Fear', which was released with another music video on the 9th of March. From this point, they had decided on an album release date of April 20th and had started to leak this date with 'Fear', along with the 6th of April release 'Call me Nothing', a drastic fan favourite that pushed the boundaries of their sound. The album released on the date at which it was planned and had overwhelmingly positive reviews from fans, yet underwhelming actual performance that led the band to eventually unrelease it to put out their songs one by one for more traction. Not long after this decision was made, the Nu-Metal influenced 'Shut Up!' was re-released back to the public with a band practice based music video. Things were going slowly but somewhat well with the three bandmates, although bassist 020 had lost interest in the group and wanted to pursue his own path, leaving on the 17th of July. In the loss of this member, Dire Thorns went under something of a reform, with 037 leaving his longtime spot on the drums to utilise his vocal and charismatic abilities as a co-frontman. However, with them remaining absent from all practices set even within a few weeks of a long awaited gig among other recent and long term issues, 037 was finally ditched from the band for good.

In the wake of a false reform, we saw a better one. Almost immediately after 037 being kicked out, old drummer 042 felt a calling to return for a jam and to see how it goes. And it went exceedingly well, quite different from their past experiences of constantly trying to teach people their own instruments to reach some sort of bottom-barrel adequacy. On the 28th of August, Dire Thorns played their first gig in over a year and, despite some technical issues and 001 accidentally leaving their guitar pedal in the next town over, it was awesome. Unfortunately, this supposed rejoining was temporary and 042 lost interest in the band sortly proceeding the gig, but 001 was not alone in the project for too long. It was only a few weeks until 014 was found, the first proper bassist, and they could play well too so training for shows was rather easy. On the 27th of November, Dire Thorns opened up for "Band Fest" at The Depot in Cleethorpes. While this show had a low turnout (mostly in part to bad weather and work obligations), the amount and quality of footage taken there was enough to construct their next music video out of for "MoRbIdItY". This song was put out on the first day of 2022, kicking off the year with one hell of a January that included a single release and two gigs. Of these shows, the first was a local pub gig with Luna's Call and Reversing Destiny and the next one competing in Metal 2 The Masses Sheffield. They didn't win M2TM, although these results were fair since Dire Thorns was rather incomplete at that point in time, but it would not be long until drummer 025 came along, as well as bassist 022 shortly after the civil departure of 014. Kitted with their best lineup to date, Dire Thorns performed two local Grimsby shows on April 30th and May 21st with Phantom Lords, the May gig seeing the band return to Old Lloyds after over 2 years. Having seen these small shows go as well as they did, Dire Thorns have booked in shows around the country for the later year, including Oldham on June 10th and Summer Slammer Festival in July. This is the year that this band finally makes its place in the national scene.

If you wish to contact us, please send an email to direthorns@gmail.com or message us through our social DMs!